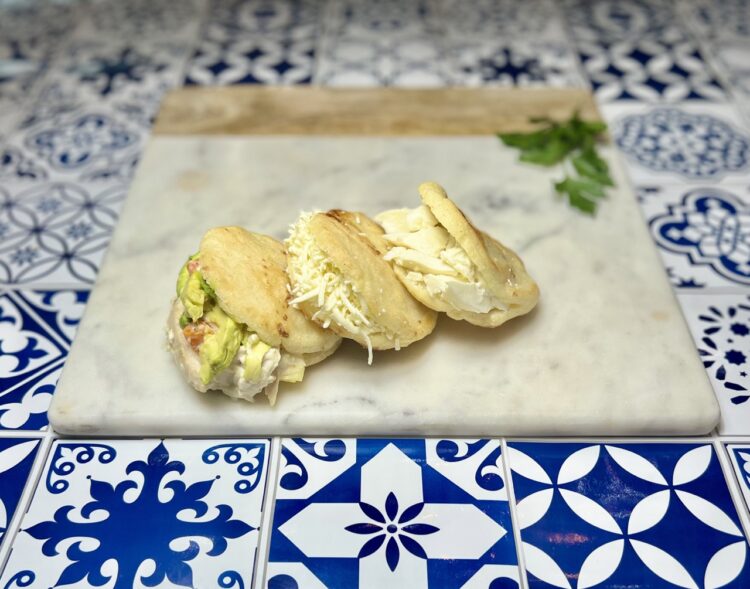 Arepas Venezolanas (Venezuelan Arepas) area a staple in any Venezuelan home, as well in many other Latin countries. Arepas are essentially just corn patties. However they really are a foundation for so much more. You can stuff them with almost anything, something as simple as butter or salty cheese or as elaborate as juicy shredded beef or creamy chicken salad.

They are made from Harina PAN, a white corn flour. You can make a corn patty with another type of flour, but it won’t be a Venezuelan arepa!

Typically, arepas are cooked in a budare, which is a circular iron pan that has been specifically cured for arepas. Since most of us don’t have a budare, we use the method of searing the arepa on a cast iron pan and then finishing in the oven. It keeps the outside very crispy and keeps the inside light and creamy. You can also deep fry them in oil or buy an electric arepa maker.

Arepas are eaten any time of the day – breakfast, midday snack or to quench a late-night craving. Once you make a good arepa, you will see why Venezuelans eat arepas day and night.

There are so many fillings for arepas. Here are some of our favorite arepa combinations: