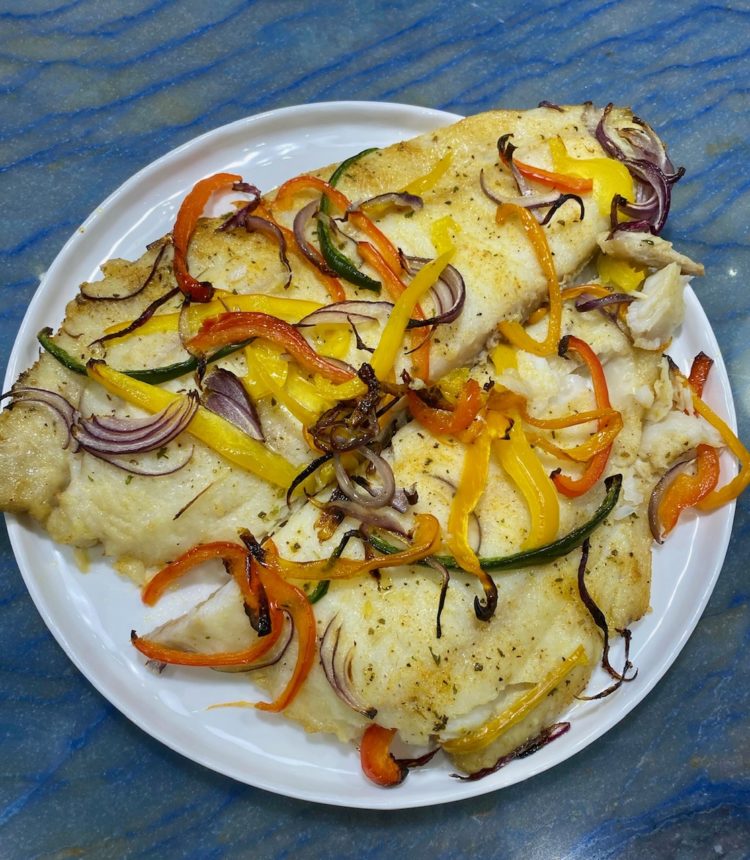 Confetti Fish is a feast for all the senses. It is so beautiful and vibrant to look at, but it’s nice and light and the flavor is just WOW!

We also love Confetti Fish because it is such an easy way to bring fish into your weekday rotation. Prep is quick only requiring you to slice your veggies nice and thin, layer them over the seasoned fish, and a little Extra Virgin Olive Oil. Roasting it in the oven makes it very hands off, and leaves you free to prep your sides and do other things around the house.

The Confetti Fish is best made with a thicker firmer white fish, so you want to stick to fish like snapper or grouper. You can use a thinner fish, but you want to be sure to cut the vegetables smaller so that everything cooks evenly.

Ani says, “Confetti fish was always a favorite in my catering days because it made the buffet look beautiful. You can use one pepper, but it’s called confetti fish for a reason. The beauty is in all the colors and the flavors each pepper brings to the dish.”