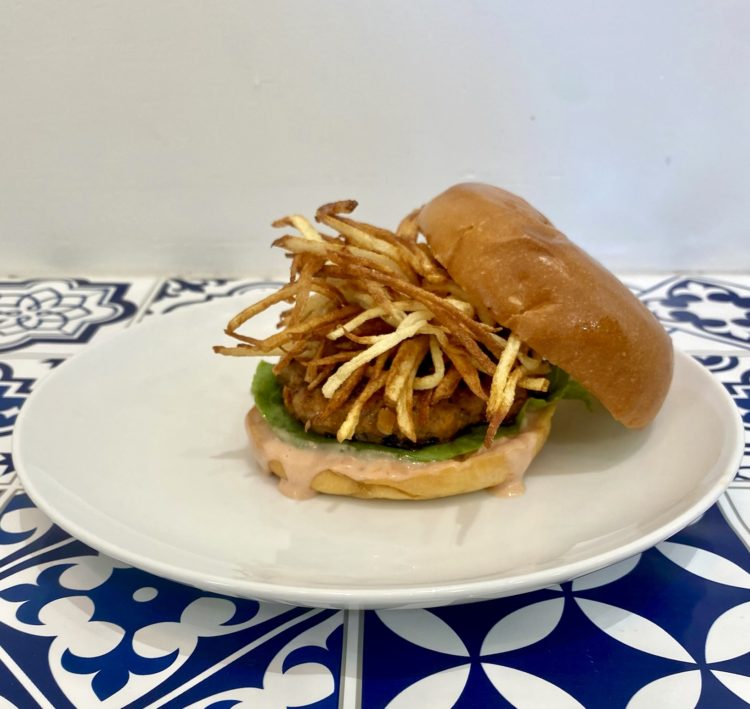 A Cuban Frita is at its simplest a hamburger made of equal parts ground beef and chorizo. But it is so much more than isn’t it?

A Cuban Frita is kind of like having a classic American burger, but with a little Cuban flair. As we said above, it’s equal parts beef and chorizo but it’s the soft potato bread and overload of paprika with the crunchy little papitas that keep you coming back for more. It is bursting with flavor.

If you grew up in Miami, you probably have had a Frita. If you ever plan to visit pour absolute favorite Frita spots are El Mago de Las Fritas or El Rey de Las Fritas. But if you were really lucky you had an Abuela that could make them for you fresh and at home the way only she can:

My grandmother, Alita Lily, was known for a famous top secret frita recipe. Her uncle owned a famous frita restaurant in Cuba. The recipe stayed top secret. The only thing she ever told me was to incorporate grated onions into the meat. It really does give them a particular flavor and keeps the frita very moist.

So like Ani’s Abuela Alita Lily, we decided that this recipe should definitely include the grated onions. It is a great way to help keep the Frita moist and the change in texture gives it a good added dimension. Besides, you never question a legend.

When it comes to the potato fries, we always say if you have time for homemade and are up for it- go for it! Follow the recipe to julienne your fries and fry them right at home. However if you are short on time or want to keep things simple, they sell the little papitas at your local Publix in the chip aisle.

As far as the bread goes, classically the Frita is served on a Cuban Bread roll. There is nothing wrong with going classic. However, we thought it would be good to mix it up and use brioche bread. If we are brainstorming ideas for bread we would also throw out a Potato roll, but you should use what you like.