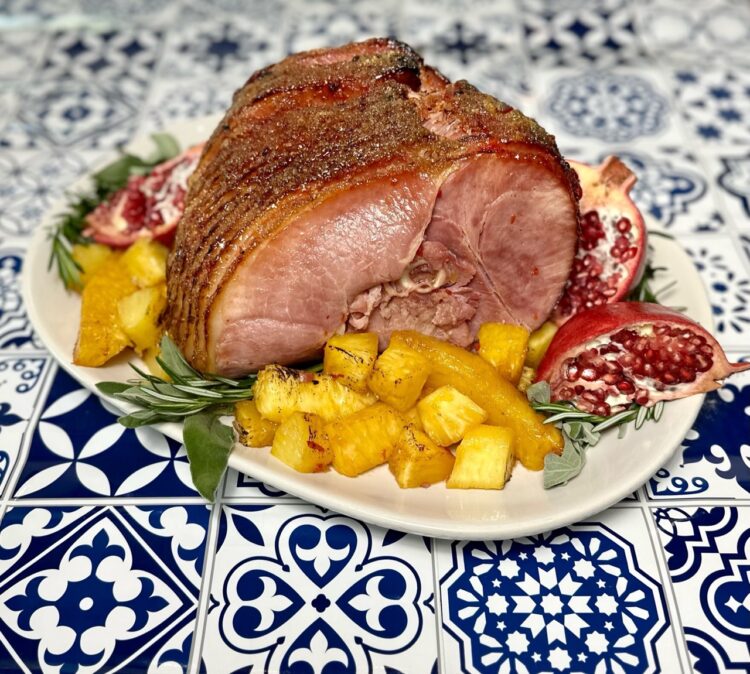 Brown Sugar Pineapple Ham has caused quite a stir for us this week. We got a phone call to partner with Tropical Fruit Boxes to curate a box of their delicious produce to coincide with some of our recipes.

They have this amazing Pink Pineapple that they carry that absolutely blew us away. It’s so beautiful. Instinctively, Ani said we should use it to make a ham, and people can use it for Noche Buena or when they are hosting any event. Immediately I was confused. I just always imagined that making a ham at home was impossible. Every year I see lines formed outside of those hame stores, and it always made me think that making a ham at home is just too much work.

Ani quickly went over the instructions with me, and I replied “that’s it?” Ani said, if you think it sounds easy, wait until you come over tomorrow and see it play out.

The woman was not lying. Apparently making a ham at home, is as easy as can be. You buy the ham on the bone, or boneless if you like and it’s already cooked! Can you imagine?! All you have to do is season it, and bake it for 45 minutes. Done. You’re never standing in line at that that Ham store again.